Who is on the Council, and what seats do they fill?

The OAH Council is made up of members from multiple agencies and organizations.  These members represent a variety of interests. 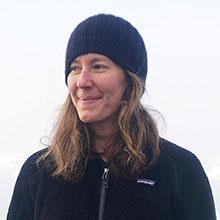 Laurie Juranek is an Associate Professor at Oregon State University in the College of Earth, Ocean, and Atmospheric Sciences (CEOAS). She received a Ph.D. in Chemical Oceanography in 2007 from the University of Washington, followed by a National Research Council postdoctoral fellowship with NOAA’s Pacific Marine Environmental Laboratory pertaining to carbon cycling and ocean acidification. Her expertise is the use of dissolved gases, nutrients, inorganic carbon, and associated isotope tracers to understand biogeochemical processes in the ocean. She enjoys working on complex oceanographic data sets and collaborating across disciplines with physical oceanographers and marine microbial ecologists. 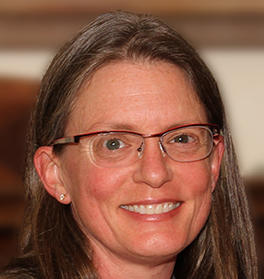 Caren Braby provides strategic leadership on all things ‘ocean’ within the state of Oregon and across the West Coast, as the Manager of the Marine Resources Program for the Oregon Department of Fish and Wildlife. Her work is grounded in both fishery and ecosystem issues, and is directed at facilitating and inspiring stewardship of ocean resources from the estuaries to the high seas. Caren and her staff build partnerships with industry, academic researchers, tribal governments, agencies, stakeholders, and elected officials to collaboratively define, and achieve, both economic and ecosystem resilience. In particular, changing oceans and ocean acidification have become focal points for Caren’s work over the past 5 years. Caren received a Ph.D. in Biological Sciences from Stanford University in 2004. 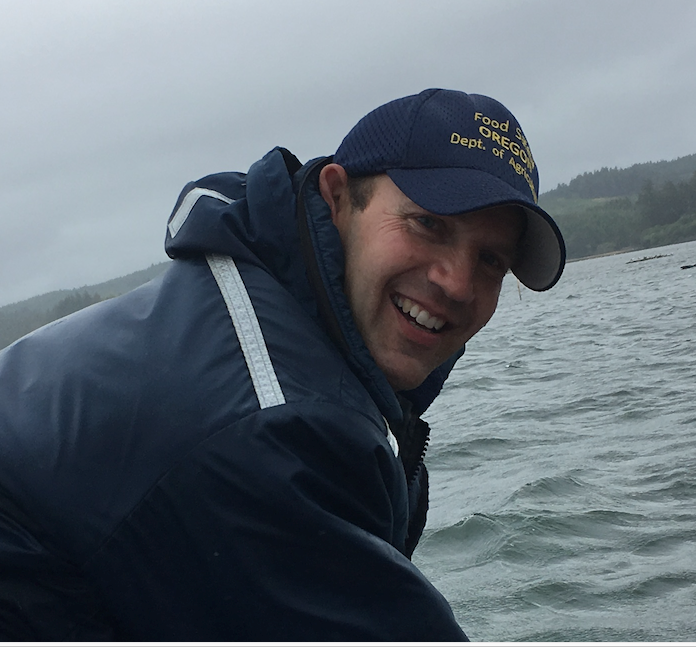 Alex Manderson is the Shellfish Specialist for the Oregon Department of Agriculture. He is responsible for implementing the internationally recognized National Shellfish Sanitation Program (NSSP) within Oregon. This program ensures that molluscan shellfish going into commerce are safe and wholesome. Alex also oversees Oregon's marine biotoxin monitoring program for both molluscan shellfish and Dungeness crab, shellfish and food processor licensing and inspection, and handling mariculture leasing applications on State owned tidelands within Oregon. Alex graduated from Massey University in New Zealand and has worked for ODA for the past 15 years. His interests in ocean acidification and hypoxia are from the perspective of the commercial shellfish and crab industry and their long-term resilience.

Rian is a Senior Policy Analyst for the Oregon DEQ, where he provides legislative policy, budget development and strategic guidance for DEQ’s Water Quality Programs while working closely with stakeholders, elected officials, tribal governments, and other agencies.  Prior to starting his current role in 2019, Rian’s career background includes serving as DEQ’s first Ballast Water Program and Invasive Species Management Coordinator, and working as a marine and estuarine research faculty member at multiple west coast universities – including the Oregon Institute of Marine Biology (UO) and the Hatfield Marine Science Center (OSU) – where he focused on zooplankton community response to changing environmental conditions. He has received degrees in Environmental Science (B.Sc., University of Oregon) and Marine Ecology (M.Sc., San Francisco State University).

Department of Land Conservation and Development 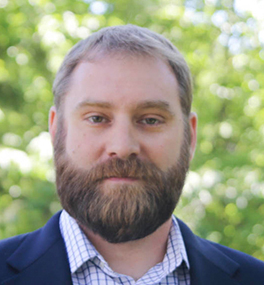 Andy Lanier is the Marine Affairs Coordinator with Oregon’s federally approved Coastal Management Program. He holds a M.S. degree in Marine Resource Management from Oregon State University. Andy is the Co-Chair of the West Coast Ocean Data Portal and is a staffer to the Ocean Policy Advisory Council. Throughout his career he has been dedicated to promoting the inclusion of science based considerations regarding ocean acidification and hypoxia into state management and policy. 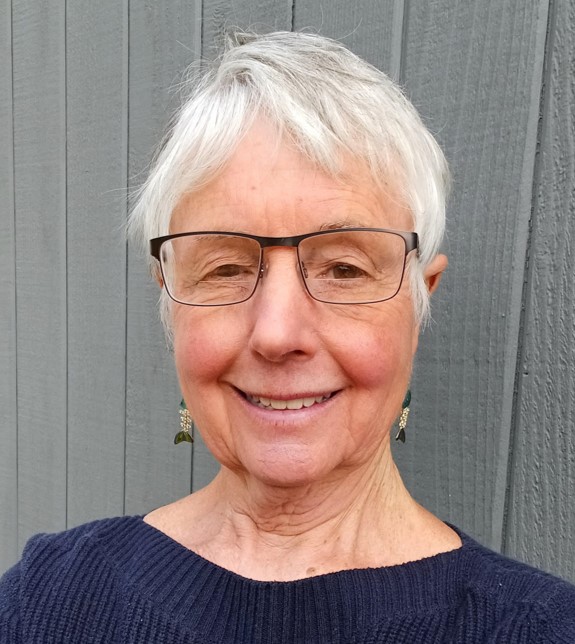 Christine retired to the Oregon Coast at Coos Bay after an active career in higher education and aquatic sciences research in the Pacific Northwest. She has held leadership positions in numerous scientific review boards, professional societies, and non-profit organizations. Currently, she serves as a member of the Oregon Sea Grant Advisory Board, the Oregon Invasive Species Council, the Oregon Ocean Science Trust, as well as a suite of local and regional organizations. She holds a Ph.D. in Fisheries Science from the University of Massachusetts, Amherst, a MA from Smith College, and BA from the University of California Santa Cruz. She is a strong supporter of science-based engagement and collaborative processes to increase understanding and communication regarding the challenges of coastal resources and communities. 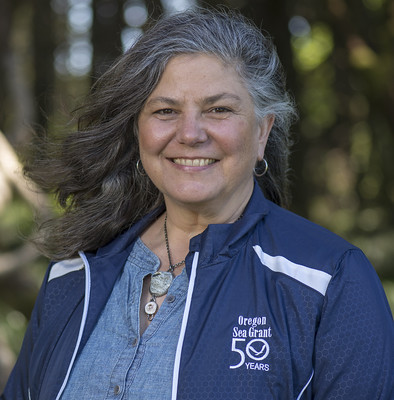 Karina Nielsen is the director of the Oregon Sea Grant (OSG) program based at Oregon State University. OSG mission is to promote discovery, understanding, and resilience for the coastal communities and ecosystems in Oregon. Karina also serves as an ex-officio council member of Oregon’s Ocean Policy Advisory Council (OPAC), chair of the OPAC Science & Technical Advisory Committee, and on the board of the California Ocean Science Trust. Previously she was the executive director of the Estuary & Ocean Science Center, and a professor of biology at San Francisco State University and Sonoma State University. She earned her Ph.D. in Zoology from Oregon State University in 1998 and a B.S in Biology from Brooklyn College, City University of New York in 1992. 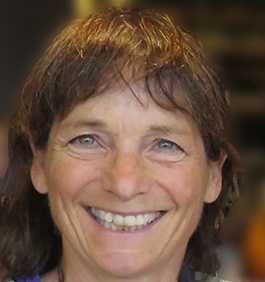 Fran Recht is the Habitat Program Manager for the Pacific States Marine Fisheries Commission. In her position she acts to conserve and restore freshwater, estuarine and ocean habitats. She works by advancing policies and actions through work with collaborative, multiparty groups such as the Pacific Fishery Management Council, the Pacific Marine and Estuarine Fish Habitat Partnership, forest service stewardship groups, and local watershed councils. She also brings her academic background in biochemistry and marine resource management to this issue. 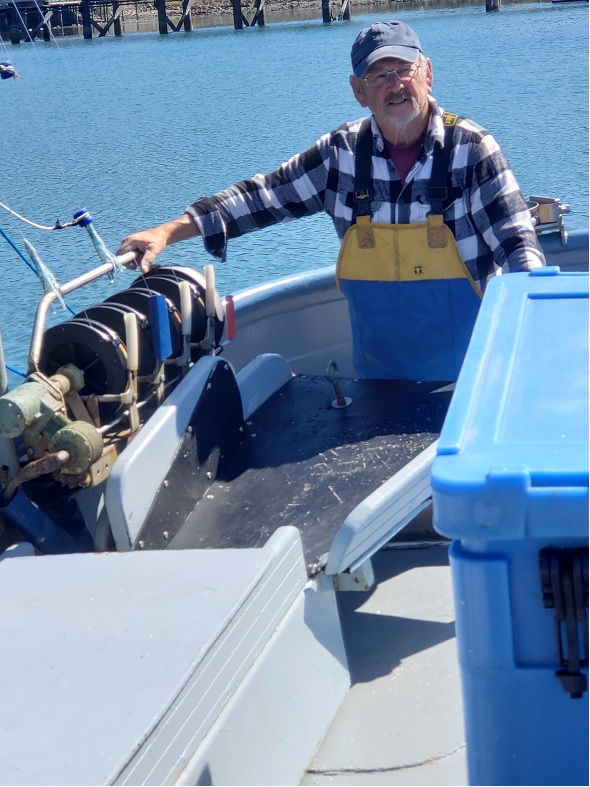 Bob Kemp has been fishing crab, salmon, and tuna for 35 years. Although he has had several careers throughout his life, fishing came easily thanks to his comfort around the ocean from an early age. Now, he owns his own operation and represents the fishing industry as the Newport Sea Grant Fisherman Representative, a Fisherman Representative at Science and Fisherman Exchange Meetings, and the secretary of the Newport Fisherman’s Crab Association. Previously, he served as the Fishing Representative to the Mid-Coast Watershed Council from 2000 to 2012. Throughout his career, he has been dedicated to providing his perspective and ocean observations to the scientific community.

Kristen is a commercial fisherman participating in several of Oregon’s fisheries, including shellfish. She is also a Food Systems Consultant at Columbia Pacific Economic Development District of Oregon. Kristen is certified in Community Food Resource and Hub Management and Sustainable Food Enterprise Financial Planning and Management from the University of Vermont Continuing and Distance Education. 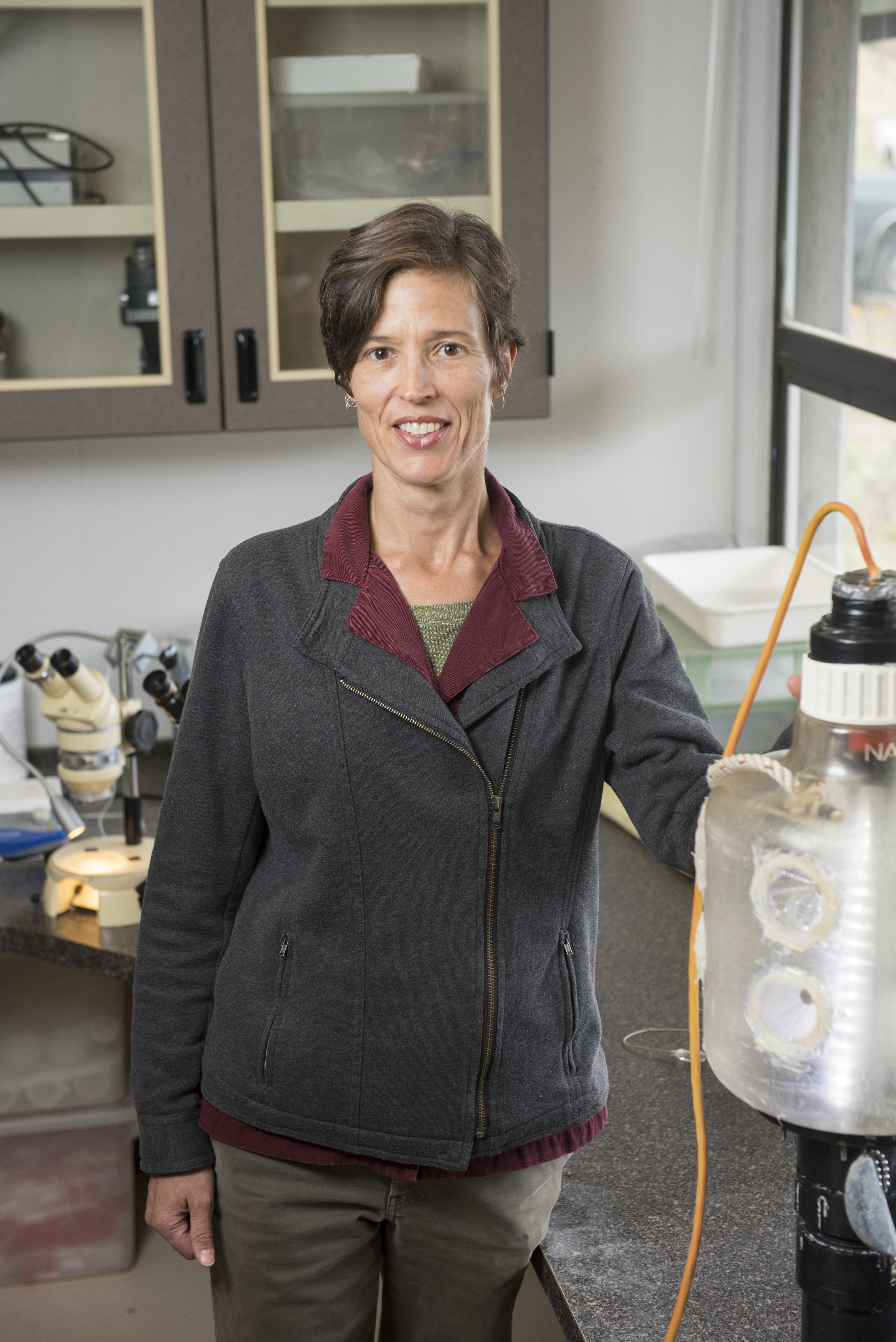 Jessica Miller is a Professor in Fisheries and Wildlife at Oregon State University (OSU), a member of the Coastal Oregon Marine Experiment Station (COMES), and stationed at the Hatfield Marine Science Center in Newport, Oregon. She leads the Marine &amp; Anadromous Fisheries Ecology Program within COMES and also teaches an undergraduate and graduate course focused on the early life history of fishes. Since 2012, she has been OSU’s Project Director for the Living Marine Resources Cooperative Science Center, a NOAA-funded effort to promote underrepresented communities in marine science. Her research interests include the evolution of life history diversity and dispersal, mixing and migration in marine and anadromous populations. Through collaborations, she combines field and lab studies with biogeochemistry to address basic questions in marine and fisheries ecology as well as contribute to management and conservation efforts. She received a BA in Zoology from the University of Montana, a MS in Fisheries from University of Washington, and a PhD in Biology from the University of Oregon. 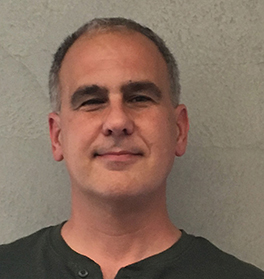 John Schaefer earned his B.S. degree from Oregon State University in biology, and has acted as the water protection specialist and biologist for the Confederated Tribes of the Coos, Lower Umpqua &amp; Siuslaw Indians since 2015. As part of the Department of Natural Resources & Culture team, John represents the CTCLUSI natural resource interests at local stakeholder meetings and watershed councils. Prior, to working for the tribes, John was shellfish biologist for ODFW for over ten years. He is a Coos Tribal member with interests in first foods and other cultural resources, and is dedicated to preserving natural resources and creating local adaptation actions, in light of changing ocean conditions from OAH. 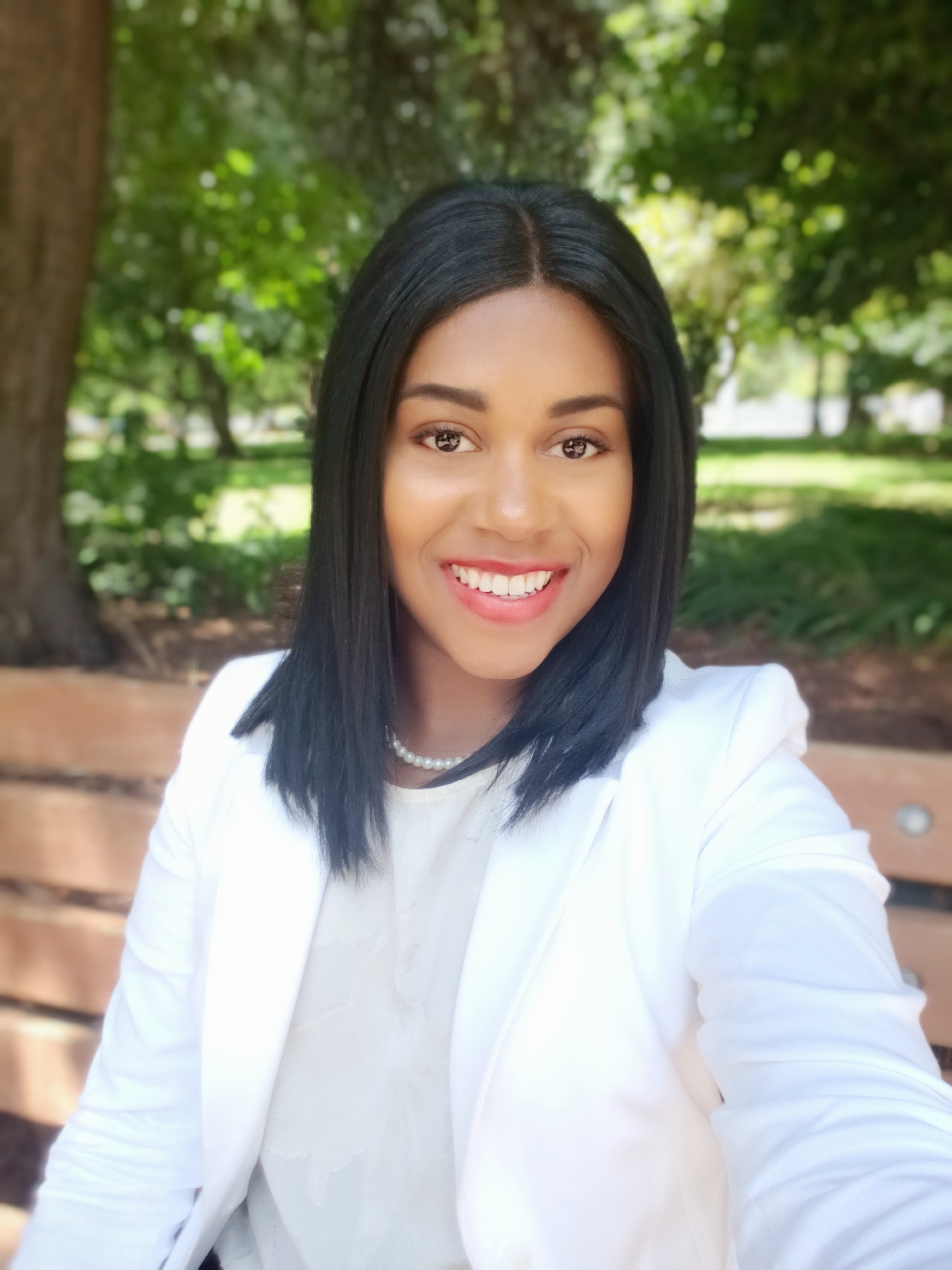 Amira Streeter is a member of the Governor’s Office Natural resources Team where she serves as the Natural Resources Policy Advisor. Her policy portfolio includes issues regarding agriculture, air and land quality, fish and wildlife, geology, sustainability, and environmental justice. She has extensive experience in policy, collaborative problem solving, and community engagement and empowerment. Before working in Governor Brown’s office, Amira built her career in the private and non-profit sectors. She holds a JD with certificates in environmental and natural resource law from Lewis & Clark University and bachelor’s degrees in Environmental Science and Dance from Skidmore College. 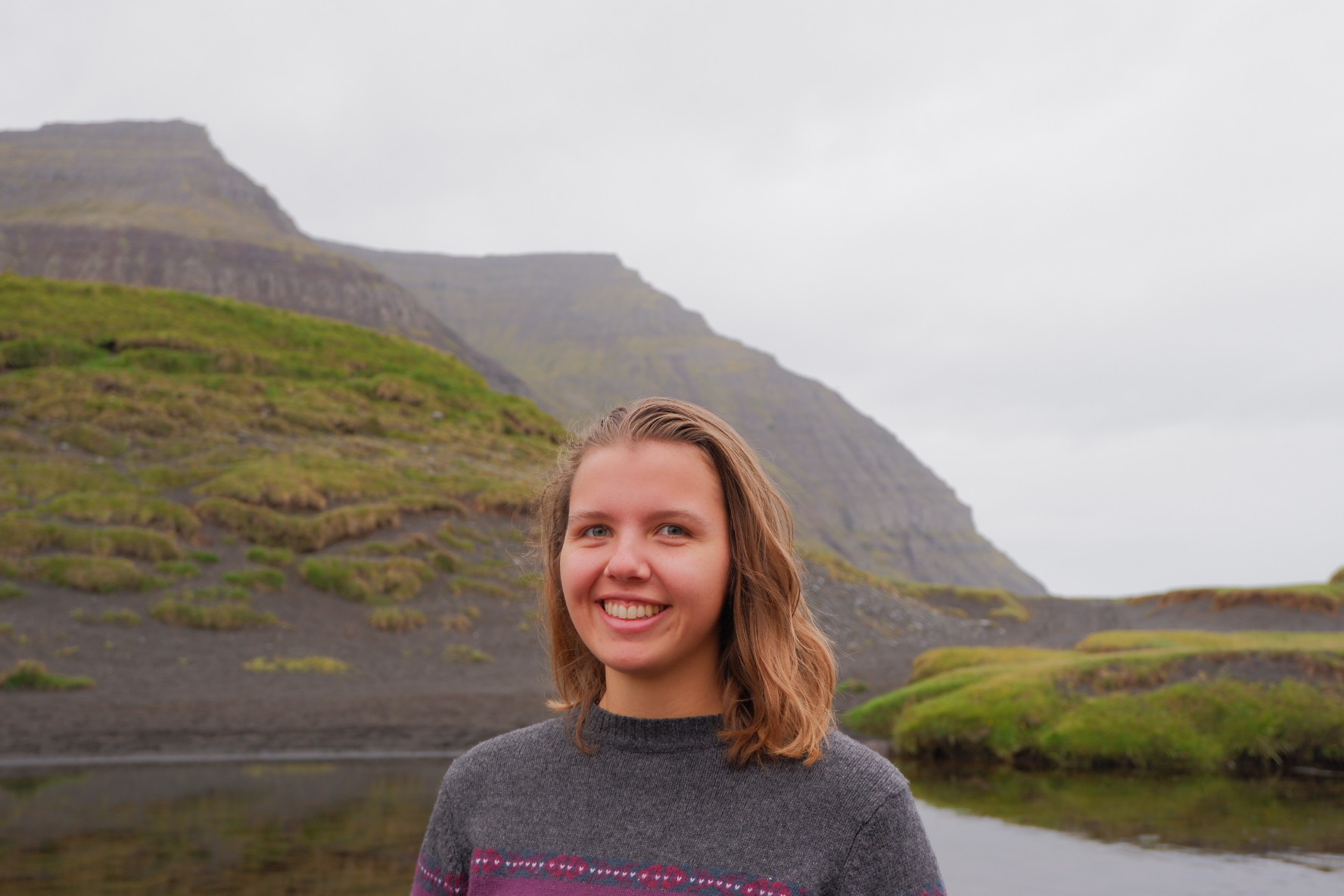 Jenny Koester works at Oregon Department of Fish and Wildlife where she helps manage the Oregon Coordinating Council on Ocean Acidification and Hypoxia. Jenny received her Master of Resource Management (MRM) from the University Centre of the Westfjords in Isafjordur, Iceland and completed her Bachelor of Science degree at Eckerd College in Saint Petersburg, Florida. Her master thesis investigated different kelp farming methods and their impacts on kelp yield, cost, and quality. Aside from her work in marine biology and ocean change, Jenny plays the viola and loves to go tide pooling.